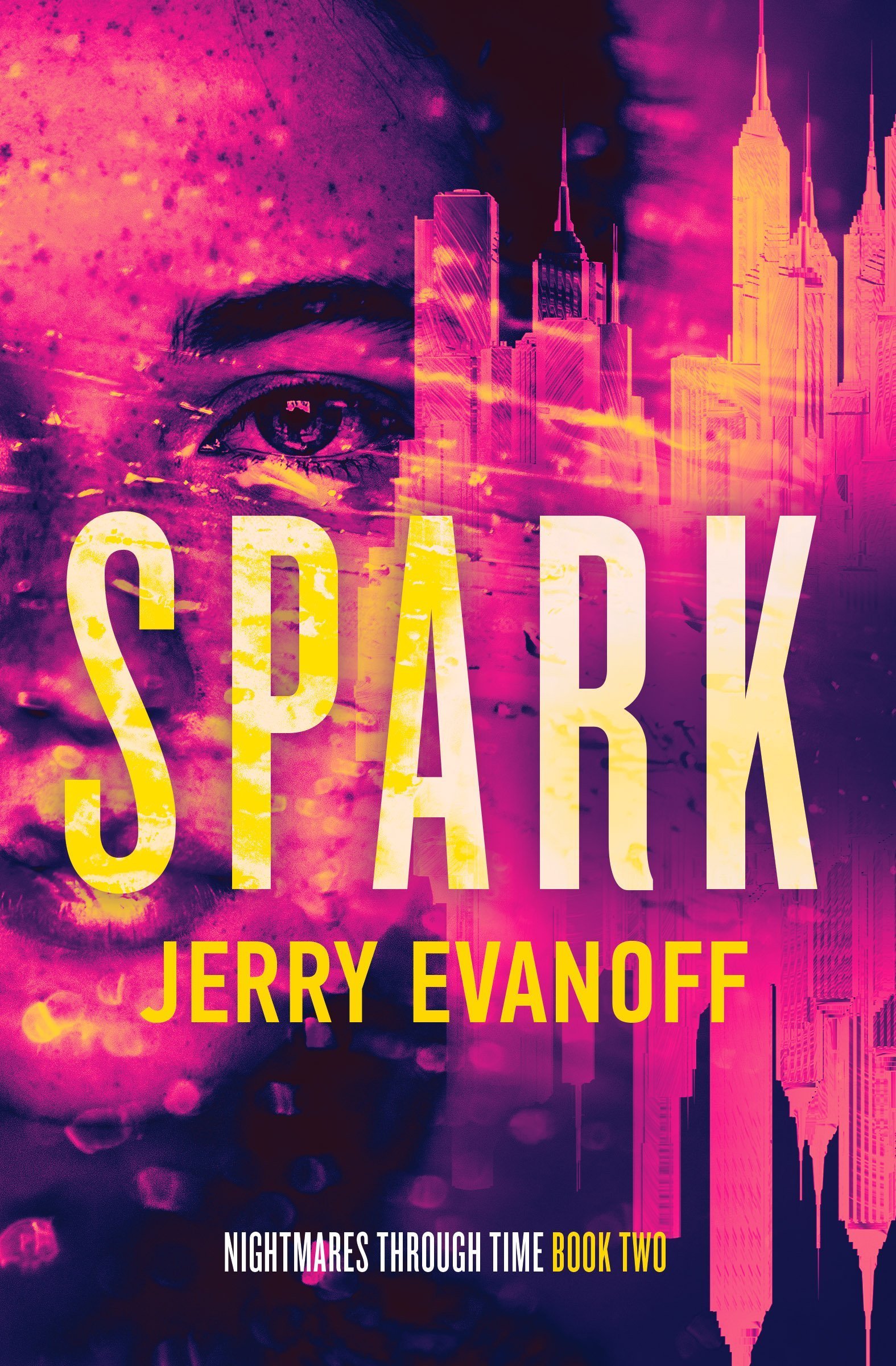 She wanted to change to the world…

When her conscience is pulled into a realm of death and destruction, she’ll get a second chance.

Everything was going well for Linda. She had just graduated from college, started a new job and met a man. One rainy evening, she is struck by lightning and sent into a coma, seemingly ending her life.

Until a mysterious voice calls out to her.

She follows the voice and is brought into the future, witnessing events before and after an incident that destroys the world. She is told she’s the chosen one, the one who will save everyone, but she can only do it by following a boy who holds the key to time travel.

And she must do it while stuck inside the machinery.

But unbeknownst to Linda, enemies are gathering. Can she stop them before they discover her secret? Can she keep them from harming her allies?

Will she figure out the puzzle laid before her to save humanity?

Spark is the second book in the Nightmares Through Time science-fiction, time-travel and dystopian series. It features action-packed suspense with a twist that will keep you turning pages well into the night.